Yishai is joined by Knesset insider Jeremy Man Saltan. Together, they discuss the breakdown of negotiations between Israel and Arab leadership and the root causes behind the end of the negotiations. They move on to talk about how American Secretary of State John Kerry’s idea of ending the conflict in nine months has been an absolute failure and end with a discussion about how racist Purim costumes in a Jerusalem neighborhood have caused the issue of racism to be brought to the forefront. 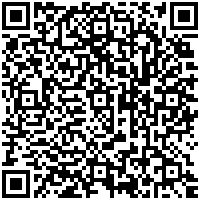