From comfort of Boca to the power of DC, to the speed of New York to the glitz of the City of Angels, Yishai is on the road in the US promoting a strong Israel, telling people about the death of Two State idea, and a connecting folks to the Biblical heartland. After finishing AIPAC, he is now in LA to debate JStreet at the biggest Reform Temple in Beverly Hills, and makes it to a good friend’s father’s Shiva. Join Yishai for some candid tour thoughts about the tensions between Israel and America. 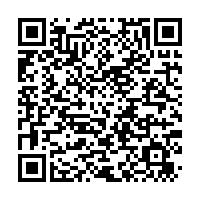