According to the IAI, ZMAG’s powerful engine and highly reliable automatic transmission, together with its highly ruggedized suspension system (is that the same as strongnified?), the ZMAG can transport up to 14 seated soldiers and large payloads of up to 2.5 tons at considerable speed and stability over sand dunes, rocky trails, swamps, and streams, making it an extremely reliable platform for maneuvering forces.

Incidentally, as can be heard in the video above, the ZMAG prototype was ready back in 2020, but the US was not enthusiastic about letting the IDF purchase Israeli ATVs rather than US-made vehicles.

These vehicles can be tailored and configured to customers’ requirements. It was designed by Ido Cohen, a racing driver and SUV expert. So far about 100 units have been sold, including at least 9 that were bought by the IDF, which plans to focus its future purchases of ATVs on these models. 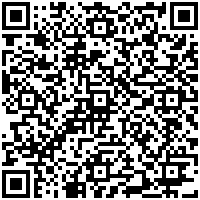