The Temple Institute posted this video from August 11th, showing how Muslims really act on the Temple Mount while the Israeli police stand by. Islamic behavior like this happens all the time.

After watching this, does anyone believe the Muslims actually consider the Temple Mount holy, or is this only about preventing Jews from praying on our holiest site?


This is like looking at a scene from a mental institution.

But finally, after yesterday’s latest Islamic insanity on the Temple Mount, the police have forbidden Muslim women and children under 12 from entering the Jewish holy site today.

MUSLIMS TRASH TEMPLE MOUNT TO BLOCK THE PATH OF JEWS

MUSLIMS TRASH TEMPLE MOUNT TO BLOCK THE PATH OF JEWSThe latest illegal antic adopted by racist Muslim supremacists on the Temple Mount is to throw garbage dumpsters in the path of Jewish worshipers on the Temple Mount. This video footage taken today shows exactly what 'devout' Muslims think of what is claimed to be "Islam's third holiest site.'Mr. Netanyahu: Iran is not the only threat to the well-being of Israel and the nations. Nothing is more crucial than the situation on the Temple Mount. Cleaning the trash from the Temple Mount and granting full rights to Jewish worshipers on the Mount is THE most effective way to counter the Iranian nuclear threat and to make the world a better place. Looking for a legacy? This is the place.DO YOU AGREE THIS HAS TO STOP?Email NOW to Israel Government Ministers and demand a stop to the anti-Jewish Racism on the Temple Mount!https://www.templeinstitute.org/stop-anti-Jewish-racism-on-the-Temple-Mount.htmPosted by The Temple Institute on Tuesday, August 11, 2015 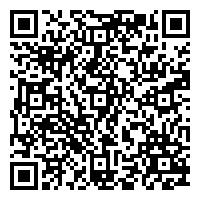