(JNi.media) Palestinian Authority media reported that late Sunday night a fire broke out in a house belonging to a member of the Dawabsha family in the village of Duma, not far from Ramallah. According to early reports, some family members were injured in the fire, but later reports said there were no injuries. Also, early Arab reports blamed the fire on Jewish settlers, but after a while the head of the Duma village council, Abdul Salam Dawabsha, announced the fire started due to a malfunctioning electric system.

However, local residents told NRG that they found a Molotov cocktail inside the burnt Dawabsha house, and suggested the house—located at the center of the village, just like the other two Dawabsha burnt houses were—had been set on fire as the result of an internal conflict. The same locals noted that, contrary to the previous fire, this house was left without Hebrew graffiti smeared on the walls.


In another interesting development, 0404.co.il reports that a third Dawabsha house in Duma had a fire in February of this year, and a Dawabshe family car was also burnt in June.

This raises the question, posed so far only by “extremist” Jews, as to whether the previous arson, where a baby and later his father—of the same Dawabsha clan—were killed, may also have been the result of internal fighting.

So far, the only evidence separating the incidents is the fact that someone was inspired to write graffiti in Hebrew on the walls of one of the burnt houses. To date, Israel’s internal security force has been unable to establish any connection at all between the Duma village arson and Jewish suspects, other than the fact that there exists a segment of the settler community in Judea and Samaria who dislike Arabs.

In fact, the same internal security force which had no problem locating within one week a 9-member Arab cell that was sworn to throwing Molotov cocktails at Jews to avenge the Duma arson—has had to resort to picking 16 Jewish settlers for different levels of administrative detention this past weekend, as an admission of its failure to bring credible charges against them in court.

According to reports, the latest burnt house belongs to Manor Rashid Dawabsha, brother of Mamun Dawabsha, whose empty house was set on fire three weeks ago along with the home of the late Sa’ad Dawabsha, who perished with his baby. Ghassan Douglas, who holds the Settlers portfolio in the Palestinian Authority, told WAFA that the house was burnt last night as the result of arson, and that a family member was injured from smoke inhalation.

Douglas told WAFA it was important not to rush into blaming Jewish settlers for last night’s arson, because, should it turn out to have been the result of village in-fighting, the Israelis would claim that the same was true about the previous case of arson. 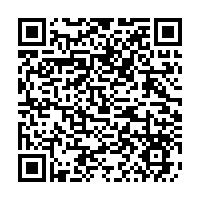