IDF soldiers serving in Judea and Samaria, either enlisted or doing their reserves duty, are familiar with the two-punch approach: on the one hand, they must deal morning till night with a violent Arab population that’s constantly on the prowl, armed with stones, knives, firebombs and even guns; on the other, they must absorb silently the incessant attacks from multiple media sources on their decency, respectability, and even their very humanity.

But every now and then, the same IDF soldiers get a glimpse of the love and affection most Israelis feel for them. Unlike the professional armies of most Western countries, IDF soldiers are our sons and daughters, brothers and sisters, mothers and fathers.


With that in mind, the “Boomerang Gives” project has made it its business this month to show the people’s defenders a tiny slice of the people’s love, delivering slices of pizza to men and women in uniform across Judea and Samaria.

Each month, “Boomerang Gives” focuses on one particular aspect of the goodness that emanates from the Jewish community of Judea and Samaria settlers. They invite you to become involved.

Join the next “Boomerang Gives” project. 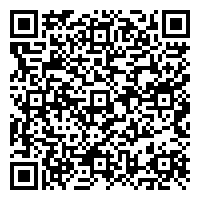