The Josephus Problem explained by Daniel Erman from University of Wisconsin-Madison courtesy of Numberphile.

Flavius Josephus found himself among 40 other Jewish soldiers who had decided to kill one another rather than surrender to the Romans.


They drew lots and planned a convoluted method of killing one another one-by-one, and the last person was then to commit suicide.

Only Josephus did not want to die, so he may have somehow calculated and manipulated his position in the circle to ensure his survival.

In the end, only the last 2 people survived, and they may have been collaborating with one another.

The Wars of the Jews; Or, The History of the Destruction of Jerusalem by Josephus
Book 3, Chapter 8, Part 7:

However, in this extreme distress, he was not destitute of his usual sagacity; but trusting himself to the providence of God, he put his life into hazard [in the manner following]: “And now,” said he, “since it is resolved among you that you will die, come on, let us commit our mutual deaths to determination by lot. He whom the lot falls to first, let him be killed by him that hath the second lot, and thus fortune shall make its progress through us all; nor shall any of us perish by his own right hand, for it would be unfair if, when the rest are gone, somebody should repent and save himself.” This proposal appeared to them to be very just; and when he had prevailed with them to determine this matter by lots, he drew one of the lots for himself also. He who had the first lot laid his neck bare to him that had the next, as supposing that the general would die among them immediately; for they thought death, if Josephus might but die with them, was sweeter than life; yet was he with another left to the last, whether we must say it happened so by chance, or whether by the providence of God. And as he was very desirous neither to be condemned by the lot, nor, if he had been left to the last, to imbrue his right hand in the blood of his countrymen, he persuaded him to trust his fidelity to him, and to live as well as himself.

Before getting to the end of the video, can you figure out which of the 2 possible seats Joesphus was sitting in?

Can you determine a quick method of figuring out who the next to last person would be?

Here’s how he could have done the math… 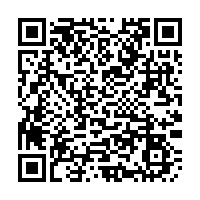