This means that, barring a Knesset vote of no confidence on Sunday, as of Monday Netanyahu will become Israel’s longest serving PM in consecutive years.


However, when it comes to time in office, Ben-Gurion is still way ahead of his much younger successor. When combining his two terms, Ben-Gurion clocked 13 years and 127 days, compared with Netanyahu’s mere 10 years and 252 days.

Interestingly, Netanyahu’s most ardent foe these days, Ehud Barak, served the shortest term in office as Prime Minister: eight months and one day.

And to those of you, political sports fans, who are interested in these stats, here is the full list of also ran:

7. Ariel Sharon: 5 years and 39 days (Including a 100 days period of “temporary incapacitation” wherein the Prime minister’s authorities were delegated to the Designated Acting Prime Minister) 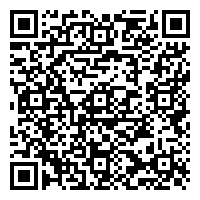