“My friends and I went into Gaza, and discovered for the first time, the real meaning of war,” Shuri Moyal recalls his nightmare experience of July 2014. “We were surrounded by shooting, bombing, disaster, and death. We sought refuge in an abandoned house, never realizing that we’d walked straight into a death trap. Suddenly, we heard an explosion. We’d been ambushed.”

Following unceasing missile, rocket, and mortar fire from the Gaza Strip on its civilian centers, Israel launched Operation Protective Edge, targeting strategic Hamas facilities, tunnels, weapons, and senior officers. The clashes continued for 50 days. On the 11th day of the conflict, Shuri Moyal and his fellow Nahal Brigade soldiers were sent into Gaza where they eliminated terrorist cells one by one. At one point, they took up position in an abandoned house, only to realize that they’d been ambushed. Moyal and two other soldiers were badly wounded in the ensuing battle but miraculously made it out of Gaza alive.

Thus commenced a long, drawn-out rehabilitation period for Shuri that didn’t end when the doctors pronounced him physically fit.

“Physically, I was fine. I’d recovered all my faculties. But emotionally, I was in a dark, forbidding place,” Shuri relates. He refused to leave his house, refused to leave his room, and won’t communicate with his parents or friends. He lost interest in social events, and in life itself; he was depressed and traumatized but didn’t realize what was happening to him.

Belev Echad, a global movement dedicated to ensuring the wounded men and women of the IDF receive the support they need to lead productive lives, stepped in to help pull him out of his depression.

“We heard about Shuri, and we knew he needed help,” said Major Raz Budany, who directs Belev Echad’s Center in Kiryat Ono, outside Tel Aviv. “He’d born witness to the worst, seen things that no one should ever have to see. We went to visit him several times at home, but it took us a good few times until he was prepared to leave his house and join us at the Center.”

Budany was injured in battle in 2009, and Belev Echad lifted him from the morass of depression that followed his debilitating injuries and guided him back to life.

Open Sunday to Thursday, Belev Echad’s Center offers delicious lunches, a fully-equipped gym and fitness center, a semi-Olympic pool, and an array of facilities that allow wounded soldiers and military veterans to rehabilitate physically and emotionally in a warm, supportive environment, along with friends who’ve been through similar harrowing experiences.

“When we asked Shuri what he likes to do, and he said that he likes to cook, we were able to offer him on the spot a job cooking at the Center for friends and fellow soldiers who were wounded in action. This was how we first drew Shuri out of the house,” Budany recalled.

Shuri started coming to the Center once and then twice a week, and before long, he’d found his place. His job cooking at Belev Echad motivated him to get up in the morning, and day by day, he began emerging from his dark place. Belev Echad also gifted him with a dog that quickly became the young man’s best friend and was a powerful factor in his healing.

“Mikasa forced me to take responsibility. She got me out of bed in the morning and taught me that the world is still filled with love,” Shuri said.

One late morning, while Shuri was cooking lunch at the Center, his dog started barking. “It wasn’t a regular bark. Mikasa was trying to tell me something,” he recalled. Following his dog outside, Shuri found a small, green parakeet tweeting weakly on the grass. “I knelt and picked it off the grass. The little guy was injured, and couldn’t fly.”

He named the bird Tuki, “parrot” in Hebrew.

“I felt so bad for him. He reminded me so much of the person I had been a few months earlier—frightened, injured, yearning for protection and love,” he said.

The parakeet, too, is healing. It can fly down, but not up, but it’s not yet ready to leave the warm at Belev Echad. Amazingly, this little parakeet has been a harbinger of healing for many wounded soldiers and veterans at Belev Echad who all have a soft spot for Tuki. Since the Center is closed on weekends, the soldiers and veterans take turns bringing him home, but Tuki is happiest at the center, where he hops from shoulder to shoulder and enjoys the attention and love the soldiers shower him with.

“We all feel a connection to him. He’s like us—wounded, weak, and slowly healing. We help him and he’s helping us. Every day,” Shuri said. 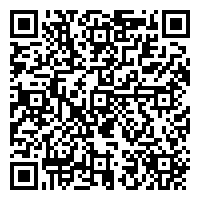