Listening to Arab Knesset members, it seems that they are dealing exclusively with the Palestinian issue, and not at all with the everyday problems of their sector. Israel’s Channel 2 News decided to investigate whether this impression was correct. A special survey conducted for Channel 2 by Mano Geva and Mina Tzemach of the Midgam research institute, in cooperation with Stat-net, reveals that this is not just a feeling.


Survey participants were asked what they think can be done to end the wave of terror, and to choose froma number of options. 64% said Israel should clarify unambiguously that it would not harm the Temple Mount, 60% said Israel should announce the opening of negotiations with the Palestinians, and only 23% thought that the Palestinian Authority or the Arab sector leaders possessed the tools to end the wave of terror, and that the responsibility for it is not Israel’s.

Although it is clear from the survey that the Arab public believes the Arab MKs do not represent them, they did not like the things said by the Mayor of Nazareth against the Joint Arab List, saying they were too violent, and exposed divisions within the Arab sector. 63% disagreed with the way Ali Salam criticized the chairman of the joint list, Ayman Odeh. 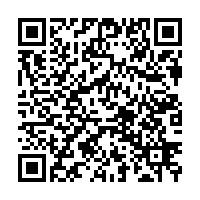