As Tisha B’Av (the 9th of the Jewish month of Av) arrives, and with it, the mourning caused by the absence of the Holy Temple which would serve as the center of spiritual life for the Jewish people – and according to the tradition, all the nations of the world – a renewed outcry for “Temple consciousness” has arisen with a flurry of activity.

A swarm of petitions, plans for group ascensions to the Temple Mount, a new viral video, and a special conference on the issues surrounding Jewish prayer on the Temple Mount at the Knesset have heightened the intensity of the fight for Jewish rights at the holy site.


The Knesset on Thursday will host a conference entitled “Jewish Prayer on the Temple Mount: Jewish Law, Practice, and Vision”.  Speakers will include Temple Institute founder Rabbi Yisrael Ariel, Rabbi Yehuda Glick, of The Movement for the Establishment of the Temple, Israeli Arab expert Dr. Mordechai Kedar, head of the Manhigut Yehudit faction of the Likud party Moshe Feiglin and Knesset MK Michael Ben-Ari.

Whether it is acceptable for a Jew to go up to the Temple Mount is a matter of hot religious debate.  According to Rabbi Shlomo Aviner, one of the preeminent rabbis of the Religious Zionist movement and a popular and prolific author of books pertaining to Jewish life today, most of today’s Jewish law jurists have issued proclamations forbidding Jews from ascending to the site.

Though private individuals and small groups of Jews do ascend to the Temple Mount in accordance with their beliefs about the place, the Chief Rabbinate has placed a sign at the entrance to the Mughrabi gate declaring the site off limits to Jews according to Jewish law.

The rabbis who say no to going up claim that the Torah scholars are not absolutely certain of where the permissible parts of the Temple Mount are, and therefore all Jews should not attempt to walk on any of the area.   Failure to stick to the permitted parts of the Temple Mount by a Jew who is not sufficiently ritually pure would result in a serious breach of Jewish law and the defilement of the violated areas – effectively trampling on God’s honor.

Yet a steady stream of support for a renewed Jewish presence on the Temple Mount has grown since the liberation of the Old City of Jerusalem by Israeli paratroopers in the 1967 Six Day War.  Advocates for Jewish rights on the site range from those in favor of allowing more Jewish inclusion at the site to those who want to begin work on a third Temple.  They say that the site was always meant to serve as a place of Jewish communion with God, with or without a Temple, and that responsibility for rekindling Jewish prayer on that auspicious site – culminating with the erection of a third and final Temple – is the responsibility of the Jewish people today.

Advocates cite the works of the renowned Jewish commentator, the Rambam (Maimonides), who said that there are places Jews of lesser ritual purity can visit today.  Additional and weighty support for Jewish religious activity on the Temple Mount comes from the halachic decree of Rabbi Moshe Feinstein – considered by many to be the greatest adjudicator of Jewish law in the last generation – who also said that it is acceptable for Jews to ascend to some areas of the Temple Mount.

His son-in-law and foremost pupil, Rabbi Moshe Dovid Tendler, has frequently and vocally advocated for Jewish prayer on the Temple Mount, and makes efforts to go up to the holy site every time he is in Israel.

“I think this is something that the [Chief Rabbinate] doesn’t seem to understand, that kedusha [holiness] is not emphasized by not going into a place of kedusha, but by going into a place of kedusha properly prepared,” Rabbi Tendler said in a video taken of a visit to the Temple Mount in 2009.  “Kedusha is defined as how we behave toward kedusha.  The idea of forbidding this area because it is an area of kedusha goes counter to what we know about man’s relationship to kedusha.  Man’s relationship to kedusha is that because the place is [holy], we become more conscious of kedusha…”  Rabbi Tendler defended the visitation of the site, when done so in a matter befitting the sanctity of the site.

An International Declaration to Support Jewish Prayer on the Temple is circulating throughout social media, with the goal of garnering 10,000 supporters by the 10th of Av, the day of this year’s national fast.

“I started the petition as a way to help begin to break the silence over this ongoing modern tragedy,” said Yosef Rabin, who is a frequent Temple Mount visitor and former IDF soldier. “How can it be that in a Jewish State a Jewish government is banning Jewish worship in the holiest place on earth? We are ascending the Mount in accordance with the rulings of great sages of Israel including the Rambam, Radbaz, Rabbi Shlomo Goren, Rabbi Dov Lior, Rabbi Yisrael Ariel and many more! How can we allow a secular police force and government to persecute Torah observing Jews for following their Rabbinic leaders?”

“Secondly for those who are not religious, there is the issue of human rights,” Rabin said.  “How can it be that a human being is arrested for the crime of prayer, in the very place that he feels is holy to him? Where is the international outrage or at least Jewish outrage?”

Though international outrage indeed does not seem to have surfaced, Jewish indignation abounds.  The Zionist Organization of America (ZOA) sent letters to the Prime Minister and other key government officials in February, decrying discriminatory treatment of Jews by Israeli police and Arab Waqf officials who were allowed to continue ruling the area in 1967, including special searches of Jews for ritual items, and the forbidding of Jews to sway, move lips, sing, or bow.  ZOA Israel Office Director Jeff Daube decried the political reality in which human rights activists were unconcerned with Jewish rights in Jerusalem.  “I wonder, where are all the progressive rights organizations when it comes to these abuses? You know, the same groups that cry ‘harassment!’ every time Palestinian Arabs wait in line at a checkpoint or undergo a security check by the IDF.”

“These are universal rights to freedom of assembly and freedom of religion that the UN Council on Human Rights should be advocating for.”

In a press release issued by the ZOA, a case of a Jew having his water confiscated so he could not make a blessing over it before drinking was reported, as well as cases of Jews being hit and arrested for suspected prayer.  The press release argued that Jewish visitors should not be singled out for biased treatment, that Jews do not present a security threat on the Temple Mount, that suspending Jewish religious rights will not prevent Muslim violence from erupting from the Temple Mount, and that Israeli laws pertaining to freedom of religion are being broken by the current treatment.

“The current situation is outrageous. Israel must ensure freedom of prayer for Jewish people at our most holy place,” David Haivri, former head of the Temple Mount awareness organization Revava and current director of the Shomron Liason Office told the Jewish Press.  “I personally have been arrested and banned from visiting the Temple Mount because I dared to bow down in prayer there. This is unacceptable in any country that considers itself a democracy and sure not fitting in the Jewish state which takes pride in protecting religious freedom for all religions but neglects the most basic needs of its Jewish majority.”

Laws pertaining to the treatment of antiquities have also presented a concern for those interested in Jewish sovereignty over the Temple Mount.  A petition to Stop the Desecration of the Temple Mount has been issued by the British Israel Coalition calling to halt the illegal renovation work on the Dome of the Rock which houses the Foundation Stone, as well as Waqf’s (Muslim religious authority) digging underneath the Temple Mount.

Rabbi Richman, International Director of the Temple Institute, urged Jews to internalize the need for connecting to the Temple this Tisha B’Av.

“Jewish people are so conditioned to their pain, they have become attached to their pain.  It’s much easier to mourn than to get off the floor and do something about it,” Rabbi Richman said.  This is the lobotomization of the exile which has made us think differently about the essence of the Torah – God has already come and given us the state of Israel on a silver plate.  How can we mourn on Tisha b’Av as if nothing has changed?  We’re not in the Lodz ghetto anymore.”

“To say to Hashem, ‘Please, please come back to us’ – he did, hello!  To ask Hashem to rebuild the Temple is not Jewish, it’s Christian.  If you want to build the Temple, do it.”  Under his direction, the Temple Institute recently released a video illustrating the readiness of the youngest Jewish generation for the Temple.  At over 190,000 hits in 6 days, the message is attracting attention.

“If you want a Tisha b’Av experience, it’s about going to the place of the Mikdash  [Temple] and showing with your feet and with your body that you’ve had enough,” said Rabbi Richman.  “We’re supposed to say I’m sick of mourning, I don’t want to do this anymore – how could we be treating the area of the Temple like a dead body? It’s not a dead body, it’s up to us to bring it to life.”

Rabbi Richman also condemned law enforcement authorities for indefinitely banning Rabbi Ariel, who was one of the paratroopers who liberated the Temple Mount in 1967, for conducting himself in a manner “not in compliance with the law.” “He’s accused of committing the crime of thanking the Almighty for giving us the mount on that day – in the meantime, the Waqf destroys the remnants – and that isn’t a crime?”

Politics and media aside, supporters of “Temple consciousness” are also working to change previously held halachic beliefs about the Jewish relationship to the Temple Mount.

“I have come to the conclusion that no learned and objective examination of Torah sources could possibly lead to forbidding entry to the mount on halachic grounds,” said Yoel Keren, Director of the Biblical Research and Exploration Institute of Israel.

“Anyone who has spent any significant amount of time researching the subject of the Temple Mount knows that today we can be absolutely certain of the location of the Second Temple, the units of measure used in its construction and the boundaries of all forbidden areas.  The evidence is so overwhelming and compelling that I would have to conclude that anyone who disputes it is doing so for political reasons or a lack of research.”

“Above sacrifices and libations, above incense and show-bread, above all else, the Almighty set aside that mountain as a place of prayer,” Keren said.  “The house that stood there, that will soon stand there again, is above all else, a house of prayer for all peoples.” 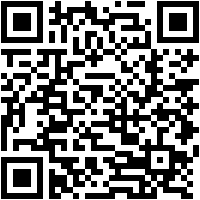