A day after calling on the kidnappers of Eyal Yifrah, Gil-Ad Shayer and Naftali Frenkel to free the hostages, Palestinian Authority Chairman and chief Holocaust Denier Abu Mazen accused Israel Thursday of using the “disappearance of three settlers” to hit the Palestinians with ” collective punishment.”

According to Israel Radio,  Abu Mazen’s bureau released a statement saying Israel’s manhunt to find Eyal Yifrah, Gil-Ad Shayer and Naftali Frenkel is “illegitimate and contributes to a negative attitude.”


The author of The Other Side: the Secret Relationship Between Nazism and Zionism (1982, Oriental College of Moscow) also  said the PA is maintaining communication with PLO offices around the world in order to shed light on Israel’s “racist attack,” and called on the international community stop Israel’s “immoral, illegitimate policy” and not to suffice with mere denunciations. 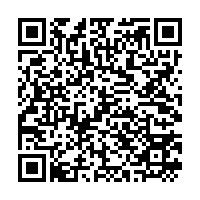