Attorney General Yehuda Weinstein made it clear Sunday night that his office would take measures against civilians or security forces who use force or kill terrorists who have been neutralized, Ynet reported. Weinstein is currently looking at several cases in which security forces and civilians killed handcuffed terrorists.

Weinstein hosted a meeting on this issue with state prosecutor Shai Nitzan and the leadership of both police internal affairs and the military prosecutor. The AG was briefed on recent shootings and also discussed general policy issues on when to begin an investigation into the shooting of a neutralized terrorist.


The starting point of the discussion was the need to ensure that actions taken to prevent immediate harm to human life are permissible when there is real risk of bodily harm and loss of life which there is no other way to prevent under the circumstances. Weinstein said it is clear that the use of a firearm may be allowed provided that it is done proportionately in light of what the law defines as reasonably necessary to prevent harm, so that the damage being inflicted on the terrorist is comparable to the damage the terrorist was about to cause.

The AG explained that the provisions of the law and the rules of engagement were designed to provide security personnel with the tools to deal with incidents where there is immediate danger to physical integrity or to human life. “There is no doubt that everything possible must be done to prevent loss of life, as it should be, and should be expected of the police and other security agencies,” He concluded. 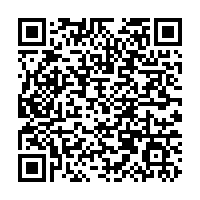