Rabbi Abba Cohen, director of Agudath Israel of America’s Washington office, was honored by the Transportation Security Administration for his “exceptional contribution” to help facilitate smoother airport screening for Jews.

Kimberly Walton, TSA’s assistant administrator for civil rights and liberties, gave Cohen a certificate of recognition for helping to “enhance the traveler experience and ensure the traveling public is treated in a fair and lawful manner by educating the workforce about assisting the Jewish community.”

The partnership between the good rabbi and the TSA focused on ways to avoid explicit x-ray imaging of passengers, curbing unnecessary, intrusive pat-downs, providing private rooms for searches, and issuing notices, web-postings and field briefings during Jewish holiday travel seasons.

Rabbi Cohen may be credited with several helpful announcements by the TSA to its employees, such as the one issued before Passover, 2014:

“As the Jewish holiday of Passover approaches, TSA anticipates an increase in the volume of individuals traveling. This year, Passover will begin on Monday, April 14, at sundown and will end on April 22, 2014 at nightfall, with heaviest travel occurring the week prior to, during, and the week following the holiday. Our workforce is aware of the unique items carried by individuals and religious practices individuals may engage in while traveling. This may include reading of religious text or participating in prayer rituals. Observant travelers may be wearing a head covering, prayer shawl, and phylacteries — in Hebrew, kippah, tallit, and tefillin. Some travelers will be carrying boxes of matzoh, which are consumed as part of the Passover ritual. Matzoh can be machine or handmade and are typically very thin and fragile, and break easily. Passengers traveling with religious items, including handmade matzoh, may request a hand inspection by the TSO of the items at the security checkpoint.”

Cohen also conducted a webinar about the basics of Jewish concepts and observances, which TSA plans to show several times a year to security personnel nationwide. Cohen said his organization was “pleased and honored” at receiving the award.

“Years ago, we would regularly receive calls from members of the community who were distraught over unfortunate incidents,” Cohen said, adding “Security is of utmost concern to the Jewish community and we have worked diligently to develop ‘reasonable accommodations’ that satisfy both government safety regulations and Jewish religious requirements.”‎

A native of Washington, Cohen attended yeshivas in the local area, and pursued advanced Talmudic studies at Ner Israel Yeshiva in Baltimore. At Ner Israel, he received his ordination from the dean, Rabbi Yaakov Yitzhak Ruderman. after graduating from John Hopkins University, Rabbi Cohen received his masters degree in International Political Economy at the prestigious Columbia University School of International Affairs in New York, and earned his law degree from the Georgetown University Law Center in Washington, DC, where he was a member of the Georgetown Immigration Law Journal. 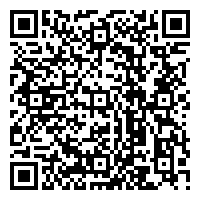