Over the weekend, 40 Brazilian diplomats, including ambassadors, issued an open letter calling on their government to reject Israel’s choice for ambassador, former Yesha Council Chairman Dani Dayan, because he lives on a settlement in Judea and Samaria. The diplomats argue that the Israeli government acted “undiplomatically” about the appointment, because Prime Minister Netanyahu announced it five months ago, before informing the Brazilian government. Since then, the appointment has been stuck, because Brazilian President Dilma Rousseff would not grant his accreditation. At the same time, Rousseff has not outright rejected the Dayan appointment, hoping that Israel would quietly withdraw it.

Brazil is a key buyer of Israeli weapons and military technology, with hundreds of millions of dollars in contracts signed with Elbit since 2000, a $90 million, five-year Brazilian lease on 12 Kfir aircraft, and the purchase of Rafael Derby missiles. In 2009, Israel Aircraft Industries signed a $350 million contract to supply drones to the Brazilian police.

Brazilian President Lula da Silva was an active supporter of the robust economic and cultural relationship between Brazil and Israel, and in 2007 he encouraged Israel to become the first extra-regional signatory to a Free Trade Zone Agreement with the regional economic bloc Mercosur (Argentina, Bolivia, Brazil, Paraguay, Uruguay and Venezuela). There was no reason to expect da Silva’s successor, President Rousseff, who had served as his Chief of Staff, to change the relationship, but something happened.

Incidentally, it was also President da Silva who recognized the Palestinian State, which Israel accepted quietly without allowing the gesture to erupt into an international crisis.

In late July 2014, Brazilian-Israeli relations did sour when Brazil condemned “the disproportionate use of force by Israel in the Gaza Strip, from which large numbers of civilian casualties, including women and children, resulted.” Brazil recalled its ambassador from Tel Aviv. The crisis was mishandled by the Foreign Ministry whose spokesman Yigal Palmor announced that “this is an unfortunate demonstration of why Brazil, an economic and cultural giant, remains a diplomatic dwarf,” and, “the moral relativism behind this move makes Brazil an irrelevant diplomatic partner, one who creates problems rather than contributes to solutions.”

Had the after school brawl ended there, there could possibly be a way to mend things, but then spokesman Palmor said in an interview, in the summer of 2014, possibly the most painful in Brazil’s history, as those of you who follow world soccer will surely recall: “Israel’s response is perfectly proportioned in accordance with international law. This is not football. In football, when a game ends in a draw, you think it is proportional, but when it finishes 7-1 it’s disproportionate. Sorry to say, but not so in real life and under international law.”

The 7-1 reference was a jab at a country that has only two precious national values common to all: the Carnival and Soccer. On July 8, 2014 at the Estádio Mineirão in Belo Horizonte, in front of the home crowd, the German National team beat Brazil 7-1, an event as humiliating as can be imagined, certainly more humiliating than making the Turkish ambassador sit in a child size chair while an Israeli Foreign Office official lectured him on the Gaza situation.

The dwarfs from Brazil have long memories, apparently, and they chose Dani Dayan as the conduit through which to show Israel how they feel about being kicked while they’re down — which, as usual, is a shame because no one can mend the silly strife between Brazil and Israel better than the Buenos Aires born Dayan. Of all the right-wing, pro settlement politicians in Netanyahu’s circle, Dayan is the one with the best ties on Israel’s left. He is a man of culture and decorum, respected across the aisle, and he is currently paying the price for past Foreign Ministry mistakes. Dayan has told Walla that he is paying a financial price, too, since he was asked to give up all his business activities in anticipation of the appointment. According to Dayan, the only reason he is digging his heels in, he said, was to prevent this fiasco from happening to the next Judea and Samaria resident to be appointed to a Foreign Office mission.

Meanwhile, a group of four Brazilian Senators and 199 members of the House, affiliated with the pro-Israel Brazilian evangelical movement, has also published a petition calling on the president to accredit Dayan, who is a moderate, and should not be disqualified simply based on where he chooses to reside.

For his part, Dayan has blamed Tzipi Livni and a coalition of Israeli and Palestinian Arab politician for the effort to kill his appointment. Prime Minister and Foreign Minister Netanyahu has yet to speak publicly on the appointment, but his Deputy Foreign Minister Tzipi Hotovely has been making tough declarations. Should Netanyahu give in to the Brazilians and withdraw the problematic nomination, he is likely to pay for it heavily come the next election, as Dayan is considered one of the Likud’s top vote gatherers among the settlers. 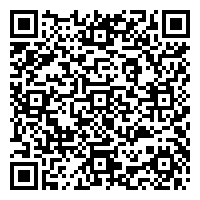