The IDF and Civil Administration together demolished the home of an Arab terrorist who attacked Israeli soldiers last weekend.


The terrorist was one of a team of two who tried to stab IDF soldiers on Saturday morning at the Beka’ot checkpoint. The site is located between the Jordan Valley and Samaria, on the eastern outskirts of Shechem.

Both terrorists were asked to exit their vehicle after being stopped at the checkpoint, also known in Arabic as the Al-Hamra checkpoint.

An IDF spokesperson said the two assailants attempted to stab Israeli soldiers at the security crossing, who opened fire in response to the attack, according to the Bethlehem-based Ma’an news agency.

The two attackers received medical treatment on site but were pronounced dead, the IDF spokesperson said. No Israelis were injured.

Both victims were residents of villages located in Palestinian Authority-controlled areas of Samaria. 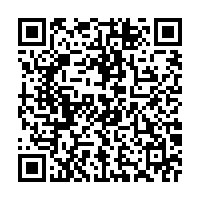