Oskar Deutsch, head of Vienna’s Jewish community, told reporters on Monday that he is concerned that the overwhelming rush of asylum seekers into Austria would result in a rise in anti-Semitism, European media reported. Deutsch argued that many of the Muslim migrants have been raised on a “diet of anti-Semitism.” He also believes Austria has already “more or less” reached its capacity for new arrivals.

Deutsch also believes that some asylum seekers in Austria are only “so-called refugees,” meaning they are not fleeing war and persecution but are merely looking to improve their economic situation.


Austria is expecting to take in close to 100,000 refugees this year, which comes to 1 percent of the population. Situated right on the east-to-west migrant trail, Austria also expects up to 130,000 refugees arriving in 2016, according to latest government figures.

Meanwhile, the Central Council of Jews in Germany has also warned of growing anti-Semitism, brought in by migrants from Islamic countries where the Jewish religion and Jews are maligned regularly. They called for a limit to be imposed on migrants entering Germany. Council president Josef Schuster told Die Welt: “Sooner or later we won’t have a choice but to set an upper limit.” He added, “Many of the refugees are fleeing the terror of the Islamic State and want to live in peace and freedom, but at the same time they come from cultures were hatred of Jews and intolerance are an integral part” of life.

The German Pro Asyl NGO criticized Schuster’s comments, saying it was unfortunate that a Jewish group was sharing the same position as the conservative Bavarian CSU party. “It’s disconcerting when the CSU and the Central Council of Jews are in fact demanding that we suspend the European Convention on Human Rights,” said Pro Asyl’s head Günter Burkhardt. 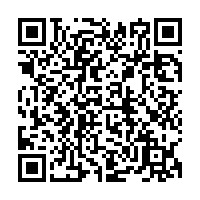