One of the wonderful things about her receiving First Prize for memoir from the National Jewish Book Awards for her new book, “An American Bride in Kabul,” is that Phyllis Chesler’s reading audience will expand exponentially.  The competition was stiff, and all the winners are first rate scholars and world-renown authors, including Amos Oz, Martin Halbertal and Rabbi Lord Jonathan Sacks. Chesler is in this league.

In each of her many chosen fields Chesler has excelled. A true daughter of Zion and now a student of Torah, Chesler was a molder and macher of the Feminist Movement when it actually broke new ground and opened up the world to women in so many fields.


She is also the author of  15 books, many about women, some about Israel, some about the unpleasant clash between the two, and still more about mental health.

Chesler has also written important articles, and supplied expert testimony in court cases, about the phenomenon of honor killing. This custom is found primarily in the Muslim world (and to a lesser extent, among Hindus and Sikhs) where a female member of a family is killed – either by a brother, a father, or even a mother – in order to restore the honor of that family – regardless of whether the woman killed has committed a grave, or even any, transgression.

But few who know of this prodigious woman realize there was a chapter of her life which appears to have been a complete rejection of all the others. Or perhaps the source of them all.

Phyllis Chesler – brave feminist iconoclast, defender of Israel in a time and in a peer group that attacks the Jewish State, and healer of tortured souls – left college at 20 to marry a Muslim fellow student from Afghanistan.

Not only did she leave school and her home, Chesler left her family, her faith and her country.

Her parents were peasants, Chesler’s beau said at the time. They were observant Jews, poor – Chesler went through school on full scholarships. In sharp contrast, when her boyfriend’s father visited New York, he stayed at the Plaza.

Chesler’s mother was a prodder. If Phyllis received a 98 on an exam, her mother responded, “So, it wasn’t a 100.”  Her mother also was disheartened by her feminism.

Many years later, after Chesler was an accomplished author and sought-after speaker, her mother was still not quite satisfied.

“Once my mother came to hear me speak,” Chesler confides. “Afterwards, she told me I didn’t really look well. Besides, she whispered in an aside, ‘who’s gonna marry you if you if you say these things?’”

Later, many years later, Phyllis learned that whenever her mother traveled she checked in every library to make sure it carried her daughter’s books.

“If only I had known that at the time,” Chesler remarks wistfully.

But her parents and her provincial life in Brooklyn is something Chesler left behind as soon as she possibly could.  With a brand new husband, an exotic foreigner whose father was among his country’s elite, Chesler embarked on what she thought would be a life of glamour and intrigue.

Chesler sailed off to Europe with her ever-attentive groom – oh how she loved to travel!  But the European tour was cut short by his father’s purse strings.  Instead of a Grand Tour, far too soon she found herself entering an Eastern world she had never closely examined. She was on her way with her groom to his home country. 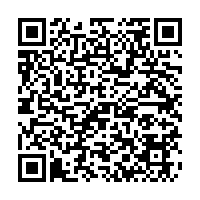