After what she called their “lame excuses” Ankie says she came to one conclusion “it’s pure discrimination.  The athletes, they came from the ‘wrong ‘country, and they had the ‘wrong’ religion because otherwise there is no reason.  If it was the American Dream Team, I’m sure they would have said something.”  Two years ago, Ankie said, one of the Georgion lugers was killed in a training accident and at the opening ceremony, they had a minute of silence and lowered the flags and mentioned what happened and sent condolences to the families and to the friends and to his country – why can we not get this?” In 1992, she was told at the Olympics in Barcelona that there is a very strict protocol for the opening ceremony, and they can’t the minute of silence for the Israeli team in the protocol.  I said ‘well, I’m sure it wasn’t in the protocol either that my husband and his friends went home in coffins, so what is this nonsense?”

British officials have instated special security for Israeli athletes, keeping them in quarters apart from the general athletes’ village.   On Sunday, Defense Minister Ehud Barak said Israel is prepared and on alert for terror attacks at the London Olympics.  Barak made the statement at the Tel HaShomer army base, during a discussion of the volatile situation in Syria and the possibility that Hizbullah will hijack Syrian chemical or advanced weapons systems.

According to a report by Yahoo News, Republican presidential candidate Mitt Romney has not issued a statement for or against the measure.

In 2002, on the 30th anniversary of the Munich massacre, the IOC rejected a request by families of the slain Israelis to commemorate the tragedy while Romney was CEO of the organizing committee for the Winter Olympics in Salt Lake City.

Funding for the Black September attack on the Israeli delegation in Munich was provided by then-Fatah official Mahmoud Abbas.  According to Abu Daoud, an attacker who survived the mission and who managed to thwart Israeli attempts to assassinate him, the mission was supported by PLO Chairman Yasser Arafat, who sent the team off with the blessing “Allah protect you”. 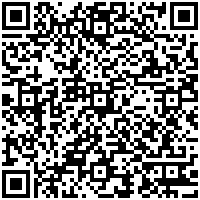