The tiny Gulf State of Bahrain on Tuesday, April 9, became the first Arab country to place the Arab terrorist group Hezballah (Party of Allah) on its state designated terrorist list.

It is not that Bahrain is concerned over Hezballah’s decades-long genocidal intentions against Israel. But as a radical Shia sect, Hezballah also plays a destabilizing role in the Arab world. The terrorist group receives financial support, weapons and military training from Iran.


The Lebanese Shiite movement based in Lebanon has allegedly been backing and training radical Shiite groups against Bahrain.  That appeared to be the main reason the group received the terrorism designation.  Although the majority of Bahrainis are Shia, the monarchy is Sunni.

“The measure is to protect Bahrain’s security and stability from Hezballah’s threats,” Bahraini MP Adil al-Asoumi told Al Arabiya. There is evidence that Hezbollah is instigating violence against the government in Bahrain, Asoumi added.

“When we were in Syrian refugee camps in Turkey, we met with defected Syrian soldiers. They told us that in the past years, the Syrian regime was conspiring against the people of Bahrain,” in coordination with Iran and Hezbollah, Abdulhalim Murad, deputy head of Bahrain’s Islamist al-Asala bloc said, according to Al Arabiya.

The United States, Canada and Israel have all had Hezballah on terrorism-designated lists for some time.  Such a designation means that the bank accounts of the organization can be frozen, and suspected members can be legally monitored.

During the Mubarak regime, Egypt considered Hezballah a terrorist organization, but in late December of last year the Muslim Brotherhood-dominated Egyptian government announced it would pursue a “tight relationship” with the terrorist group.

An investigation into the deadly bombing in Burgas, Bulgaria last July, revealed that Hezballah was behind the violence that killed 5 Israelis and a Bulgarian bus driver.

In the wake of the Burgas bombing, European Commission President Jose Manuel Barrosso said the European Union would consider including Hezballah on its list of terrorist organizations.  The Israeli government and Shurat HaDin (the Israeli Law Center) had each attempted to convince the EU to make that designation.

However, on March 7, the EU announced it would not make the change, claiming it “did not yet have sufficient evidence of its activity in Europe” to place Hezballah on the EU terrorist organization list.  Presently, Holland is the only European country to officially sanction Hezballah as a terrorist entity.

Were the EU to follow suit behind the U.S., Canada, Holland and Bahrain, and place the terrorist organization on its list of official terrorist groups, it would likely have a serious impact on Hezballah’s financial footing, and therefore its ability to continue its global terrorism operations. 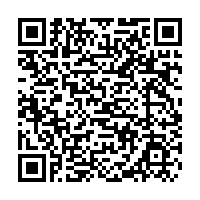