Brooklyn’s hometown girl wowed fans at Barclays Center during her  “Back to Brooklyn” tour.

Belting out tunes at the age of 70, Barbra Streisand regaled 18,000 attendees on Thursday night for almost 3 hours with songs and memories of Brooklyn and gratitude for the city of her birth.

“I left Brooklyn to pursue my dreams. Brooklyn never quite left me,” she said.

Streisand hit the high notes and evoked nostalgia with over two dozen songs including classis such as “People”, “The Way We Were”, and “Evergreen”.

According to Streisand, the last performance she conducted in Brooklyn was in 1979.

Streisand also took a moment to make a statement about the upcoming US presidential elections.

“I’m not going to tell you who to vote for, but … if you believe in affordable health care and women’s rights … if you want to move forward and not back, you know who to vote for,” she said. 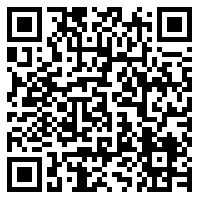