“Barak gave preference to political considerations over national ones,” Yaalon charged, appearing at the “Shabbat Culture” event in Ramat Gan. “He pulled us up a tree, and at the last minute presented himself as a moderate and ran away.”


The Defense Minister’s Independence Party reacted to Yaalon’s accusations saying that “the Likud primaries are forcing Yaalon to come up with pathetic statements.”

According to sources inside Independence Party, “Defense Minister Barak is working to strengthen the State of Israel’s security and to deepen Israel’s relationship with the United States and the Administration.”

At the end of last week, Prime Minister Benjamin Netanyahu clarified his priorities for the defense minister when he invited Barak to a nighttime meeting in his office in Jerusalem and asked him to explain his unauthorized activities vis-à-vis the Administration, in defiance of the Prime Minister’s instructions.

At this meeting, Netanyahu stated that complete coordination between the Prime Minister and Defense Minister was an absolute prerequisite for the protection of Israeli citizens and therefore he demanded that Barak not repeat this kind of behavior.

A short time after the meeting ended, the Defense Minister’s office put out a press release, approved by Netanyahu, stating that the Defense Minister is in complete agreement with the Prime Minister on dealing with the Iranian threat and managing Israel’s relationship with the United States. It also stated that, during the meeting, both leaders agreed to cooperate in facing the current security challenges. 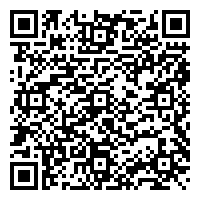