“I’m one of the only young people they could find to insert in this promotion of Israel hatred,” he said. “The fact that I was actually saying the opposite of what the BDS people tried to show just reveals what a tired effort they are promoting.”

On Feb. 23, Nass sent out a tweet, asking who was behind the deceptive editing of his Fox News segment to make him appear to be a supporter of the BDS movement and Apartheid Week on U.S. campuses. “I want to know who is behind this video. A name. Don’t be a coward. Reveal yourself. #BDSFail #ApartheidWeek  Who are you?????”


To date, the only person to claim responsibility is an Australian who is clearly anti-Israel, but who has been on Twitter for nearly two and a half years and only has 17 followers – which makes him an unlikely legitimate credit claimer.

Nass challenged the BDS promoters, during his interview with The Jewish Press, to respond to his challenge.

I will donate $5000 of my personal money to a mutually agreed upon charity, if whomever edited me into the Apartheid Week promotional trailer does the following:

1. Reveals him or herself;

2. Removes my images from the trailer;

3. Issues a public letter of apology for using my likeness without my consent, and in a manner intended to misrepresent my actual beliefs; and

4. Agrees to debate me on the merits of the “Israel as Apartheid State” in a public forum of my choosing.

So there is the challenge issued by a college senior to people who created a promotional video for the upcoming “Israel Apartheid Week” on American campuses.

And for students or faculty who read this and who are on campuses where “Israeli Apartheid Week” events take place, remind them of the challenge. See if the people behind the anti-Israel hatefests have the courage of their convictions. If they don’t, ask them why not. 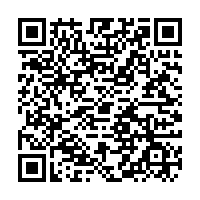