As of this writing, fire crews successfully pushed the fire raging near the Jerusalem-area community of Nataf away from the community, and rescue crews had allowed residents to return to their homes. Fire teams worked to ensure the fire didn’t reignite near the town.

Also Wednesday, fires broke out in Karkom, near Tiberias.

By 5 p.m. police aircraft had assisted ground crews with some 70 sorties, totaling dozens of flying hours. Airborne crews dropped approximately 30 cubic meters of fire retardant and 200 tons of liquid on the fires.

“These are terrible scenes to look at,” Goldstein said while touring the site at one flash point. “A whole world has been burnt. Animals and a rich plant world that we couldn’t manage to protect. More than the stiff punishments that should be meted out to the people responsible, we must give deep explanations to the public. These fires are not predestined.

“Over the past two years the Parks and Nature Authority has constructed more than 1,000 dunams of buffer lines at a cost of NIS 600,000 ($154,600)… I call on the government to fund [additional] buffer lines and to maintain them in open areas,” Goldstein added. 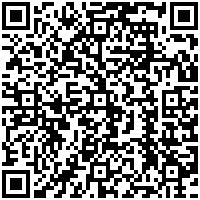