Gaza terrorists had fired more than 100 rockets and mortar shells at southern Israel by 12:30 am Thursday, since the start of escalation by Hamas at around 7:30 pm.

The Iron Dome aerial defense system intercepted at least 11 rockets that were headed for densely populated areas in the south. A number of others landed directly on vehicles and homes in areas close to the Gaza border, including in the city of Sderot.


Most of the projectiles, however, landed in open areas. 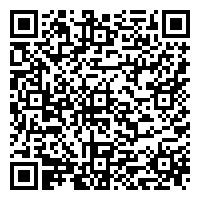