Israel’s former ambassador to Canada and legal advisor, Alan Baker, who heads the Legal Forum for Israel’s International Action Division, initiated the petition and an accompanying letter, which drew widespread support across the world.


The Legal Forum, a legal advocacy group established in 2004, sent out the petition and protest letter to EU officials earlier this week.

In July, the European Union issued a directive barring its 28 member states from funding projects and ending cooperation with Israeli institutions in in Judea and Samaria, the Golan Heights, and east Jerusalem.

According to Baker, the directive is discriminatory and based on a legal premise that is completely wrong. “The EU is incorrectly asserting that the pre-1967 lines are Israel’s borders and that the settlements are illegal. That is a misreading of international law,” Baker told Tazpit News Agency in an exclusive interview.

Baker believes that the EU’s recent calls are “absolutely unacceptable” and states that it was one of main reasons why the Legal Forum had first written the letter.

“It has not been determined that the 1949 armistice lines are Israel’s borders– that is one of the issues up for negotiations along with the settlements,” explains Baker. “The parties have to determine these issues at the negotiating table themselves; the EU has overstepped its status and no right to take international law into its own hands.”

The 1,100 signatures supporting the letter include lawyers as well as rabbis, senior ambassadors, and professors – both Jewish and Christian – from Australia, Britain, Bolivia, Greece, Norway, Mexico, Taiwan, France, Italy, Canada, the U.S. and India, among others.

Israeli justice minister, Yaakov Neeman, former Israeli ambassador to the United States, Meir Rosenne and UK House of Lords member Baroness Ruth Deech are among those who signed the letter.

The European Union was established following World War II to foster economic cooperation between countries that traded with one another, primarily in Europe. Today the EU is an organization that spans policy areas, from development aid to environment while promoting human rights. According to the EU’s website, “everything that the EU does is founded on treaties, voluntarily and democratically agreed by all member countries.”

“The EU feels that it can take this liberty with Israel. It has a fixation, an obsession with the Jewish state and it has shown that it not an impartial player in the peace process,” said Baker. “With this letter, we hope that EU members working with Catherine Ashton will consider a more impartial policy towards this area of the world.” 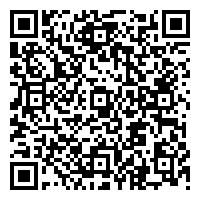