(JNi.media) Sotheby’s set a new world auction record for any piece of Judaica on Tuesday in New York, when one of the finest copies of Daniel Bomberg’s Babylonian Talmud sold for $9.3 million According to Tablet Magazine, the buyer is Leon Black, a New York businessman, founder of private equity firm Apollo Global Management.

The extraordinary volume was purchased by Stephan Loewentheil for the 19th Century Rare Book & Photograph Shop. The Bomberg Talmud led the sale of a selection of extraordinary items from The Valmadonna Trust, which totaled $14.9 million and became the most valuable auction of Judaica ever held. Together with the auctions of Important Judaica and Israeli & International Art, Sotheby’s annual December sales of Judaica and Israeli Art totaled $22.6 million.


The Talmud, or “Oral Law,” is a compendium of hundreds of years of rabbinical discussion and debate which expound upon the laws of the Bible. Daniel Bomberg is responsible for the first complete edition of the Babylonian Talmud (1519-1523), universally recognized not simply as one of the most significant books in the history of Hebrew printing, but as one of the great books of the Western world. The record setting Talmud sold Tuesday is one of the finest copies of Bomberg’s edition – of which only 14 complete 16th century sets survive.

The Valmadonna Library’s copy of the Bomberg Talmud was kept for centuries in the library of Westminster Abbey. In 1956, collector Jack Lunzer attended an exhibition at The Victoria and Albert Museum celebrating 300 years of Jewish resettlement in England. It was there that he first became aware of the Abbey’s magnificent and complete copy, and vowed somehow to acquire it. He spent the next 25 years determined to fulfill this virtually impossible ambition. Eventually, he purchased a 900-year-old copy of the Abbey’s original Charter, and presented it, along with supporting endowments, to the Abbey in exchange for its copy of the Bomberg Talmud.

A further highlight of Tuesday’s auction of 12 items from the Valmadonna Trust Library is a Hebrew Bible printed in England in 1189, which sold for $3.6 million. Known as the Codex Valmadonna I, this extraordinary book is the only dated Hebrew text that survives from Medieval England, before King Edward I’s 1290 edict expelling the Jews. Also leading the sale was a Illuminated Hebrew Bible: Psalms, with commentary by David Kimhi (the RaDaK), which was sold for $670,000. 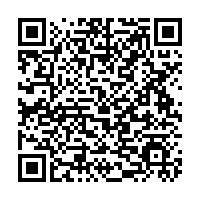