Two 5-year-old children in the western Galilee northern Israel suffered shrapnel wounds Saturday night in a Katyusha rocket attack from southern Lebanon. They were treated on the scene before they were taken to hospital, where they are both listed in good condition.

Eight other people were also taken to hospital to be treated for shock. In addition, 13 others were treated on site for trauma and anxiety.


All told, 23 people were hurt in the attack.

It is not clear which terrorist organization launched the attack. But Lebanese authorities have tracked down the source of the launch to the town of Dheira, close to two miles (three kilometers) north of the border with Israel. Lebanese security officials said they spotted Israeli helicopters during the day flying across the border.

This is not the first time a rocket has been fired at Israel from Lebanon during this summer’s Operation Protective Edge. At least nine rockets were fired at Israel in mid-July. Lebanese military officials said at the time they believed a small Palestinian Arab terror group was acting in solidarity with Hamas.

Among all the other rockets and missiles that were flying, three Grad missiles were aimed at Be’er Sheva. Two hit a residential area of the city, damaging an apartment building. The third missile hit an unoccupied car in a parking lot.

An older couple hurried but found themselves unable to reach a bomb shelter in time; both sustained shrapnel wounds. They were treated on the scene and then taken to Soroka Medical Center, where they are listed in good condition. A number of others were treated for trauma and anxiety following the attack. 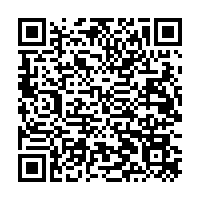