Two student from Yeshiva Beit Orot on the Mount of Olives were injured Friday night when Arab terrorists set upon them as their group of 8 unarmed students were walking to their Yeshiva, coming back from the nearby Beit Hachoshen where they went for evening prayers.

The Choshen is a building on top of the Mount of Olives where 5 families reside, and has a hall that is serves as a local synagogue. It is a 15 minutes walk from Beit Orot.

One of the Jewish students, age 24, was slashed in the back with knife, a second, age 21, suffered a head injury from a metal pole wielded by the group of Arab terrorists. At least one Molotov Cocktail was also thrown at the group, and just barely missed hitting them.

The group of student, including the two wounded Yeshiva students ran the rest of the way back to the Yeshiva, and MDA ambulances transported them to Shaarei Tzedek hospital where they were stitched up. They were listed in lightly injured condition.

Residents of the area are angry that there wasn’t an active police presence on the A-Tur road, where numerous attacks against Jews and tourists repeatedly happen.

Just before Shabbat, according to Jerusalem councilman Arieh King, the local police commander announced a curfew for Jewish residents of the area, stating that any Jews found walking outside in Mount of Olives areas would be arrested. No such astounding announcement was made for the violent Arabs.

Yishai adds, the police didn’t place an actual general curfew on the residents from going outside, but unconditionally “forbade” the students from leaving via the back, southern gate of Beit Orot which leads only into Arab areas where rioting is happening. 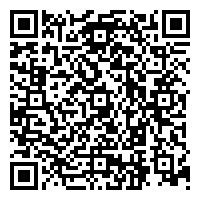