According to the Ultra-Orthodox paper, Kikar Shabbat, this recent draft represents a 30% overall increase in the number of Haredi men drafted into the unit.

This Ultra-Orthodox army unit was first established in 1999 with just 35 soldiers. It now consists of 500 active combat soldier, and has become the largest individual combat battalion in the army.

In the previous draft, the unit drafted 150 Haredi soldiers.

In 2012, the Ultra-Orthodox battalion won the IDF’s Excellence Award for Judea and Samaria.

The Netzah Yehuda Battalion, also known as Nahal Haredi, is part of the IDF Kfir Brigade. The unit allows Haredi recruits to serve in an atmosphere conducive to their religious convictions, within a framework that is strictly halachically observant.

The unit is responsible for areas of operation around the Jenin area. The soldiers regularly go out on arrest missions in the area with a high rate of success.

The battalion lost its first casualty on August 19, 2006, when Muhammad Ban-Yuda, a member of the Al-Aqsa Martyrs’ Brigades, shot and killed Staff Sergeant Roi Farjoun of Yehud at the Beka’ot Checkpoint east of Shchem. A Haredi soldier then opened fire and killed the terrorist. 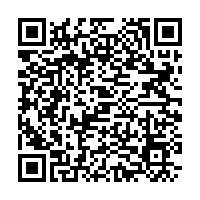