New York’s Metropolitan Transportation Agency plans to pass a new regulation this month allowing it to ban an ad the US courts say that it must run.

The ad, submitted by the American Freedom Defense Initiative, portrays a man wearing a kefiyyah (Arab man’s head scarf) wrapped around his face in the manner of an Islamist. The ad carries a quote attributed to “Hamas MTV” that says, “Killing Jews is worship that draws us close to Allah.” Just below is the kicker line: “That’s his jihad. What’s yours?”


The MTA has been fighting for months against the AFDI, which contends that its Constitutional right of freedom of speech should support its right to post the ad.

An MTA attorney submitted a letter to Judge John Koeltl in Manhattan’s U.S. District Court today (Friday, April 24, 2015), however, giving due notice the agency’s board of directors would vote on a proposal changing the MTA property to a “limited public forum”. The vote, set for April 29, would enable the MTA to reject “all advertisements of a political nature” – and thus the AFDI ad as well.

It was Judge Koeltl who ruled this past Tuesday in favor of the organization, forcing the MTA to run the ad. The judge said in his decision that the ad campaign run by the pro-Israel group on buses and trains did not meet criteria for incitement, as the MTA argued.

MTA officials “underestimate the tolerant quality of New Yorkers and overestimate the potential impact of these fleeting advertisements,” Koeltl ruled. “Moreover, there is no evidence that seeing one of these advertisements on the back of a bus would be sufficient to trigger a violent reaction. Therefore, these ads – offensive as they may be – are still entitled to First Amendment protection.” 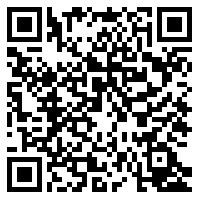