Military analyst J.E. Dyer on Sunday suggested the US government sold to Iraq the two missiles discovered on a passenger plane bound for Portland, Oregon.

On Saturday, bomb-sniffing dogs identified in two wooden coffins, shipped from Lebanon and bound for Portland, two guided, armor-piercing AGM-114 Hellfire missiles with explosive warheads. The missiles, designed to be fired from helicopters, were manufactured by Lockheed Martin, Boeing and Northrup Grumman, each weighs about 100 pounds and costs about $110,000.

According to blogger Daniel Greenfield, the fact that Lebanon was the country of origin for the missiles suggests this was part of a terrorist plot, conceived and paid for by Iran, which dominates Lebanon through the terror group Hezbollah. If the plot were hatched by ISIS, he argues, they would have picked a different airport.

There’s another fact that supports the Iran, rather than ISIS theory of who was behind this plot. According to the Defense Security Cooperation Agency, cited by CNN, the United States sold the Iraqi government 780 Hellfire missiles in early 2014, and 5,000 more in late 2014 and in 2015.

Iraq, like Lebanon, is under Iranian hegemony, since the US under President GW Bush invested $10 billion a month over six years to remove the Sunni minority from power and instead instate the Shiite, pro-Iran majority in government. That act of stunning myopia was complemented by President Barack Obama’s empowerment of Iran by freeing its frozen assets to the tune of at least $100 billion. Now, according to Dyer, “Iran is deeply embedded with Iraqi forces in the fight against Islamic State, and there is nothing surprising about the (completely unauthorized) transfer of US military weapons from the Iraqi forces, through Iranian Qods Force connections, to Hezbollah.” And Hezbollah put those missiles on the plane to the US.

“It’s a wake-up call against complacency regarding the potential for a terror threat with direct Iranian involvement,” warns Dyer.

The FBI in Portland said it is looking into the reports, and Jennifer Adams, an FBI spokeswoman, told reporters on Sunday afternoon, “We don’t have any information on that yet.” 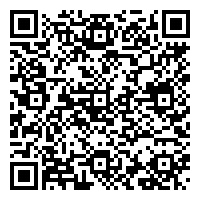