Three people arrested in Lebanon on Sunday have been accused of spying for Israel.

A Syrian national, his Lebanese wife and a second man, also a Lebanese citizen, allegedly confessed to recording “sensitive” locations in southern Lebanon and sending the footage to their “employers to be used in later attacks,” according to the charges. They also allegedly admitted to gathering information on military and government targets for Israeli intelligence, AFP reported.


“In the framework of pursuing operations to combat terrorism and espionage… the directorate of General Security arrested a spy network working for the Israeli enemy in the south [of Lebanon],” said the Lebanese security service in a statement released to media on Sunday.

It is not clear exactly where the alleged “spies” were arrested or what their ethnic and/or religious affiliations are.

There is a massive internecine conflict taking place in Lebanon — and elsewhere in the Middle East — centered largely but not entirely on the civil war that is raging in Syria. It involves the deep rift between the Sunni and Shi’ite streams of Islam as well as the political divide that has been created by the horrific human rights abuses originally carried out by the regime of Syrian President Bashar al-Assad.

Those in the Syrian opposition forces have also become equally abusive in their battle to overcome their enemies; and the opposition itself has since divided many times over, fragmenting into radical Islamist forces and those which are less extremist but which are still perfectly willing to exert unbelievable cruelty in order to win their greater battle.

In Lebanon itself, there is also a separate battle taking place between those who are for and against the Syrian regime, and those who support and oppose Da’esh (ISIS), which also has begun to encroach upon what until now has been primarily territory ruled by the Iranian-backed Hezbollah terrorist organization.

Among those fighting for the Syrian regime are fighters from Russia and Iran, as well as the Hezbollah guerrilla forces which today also comprise a large part of Lebanon’s military strength. Lebanon and Syria never made peace with Israel, and Hezbollah has broken its own “ceasefire” agreement with the Israeli armed forces countless times since the 2006 Second Lebanon War.

Over the past six years, more than 100 people have been accused of spying for the Jewish State in Lebanon. There has been no response from the Israeli government, which does not comment on such matters. 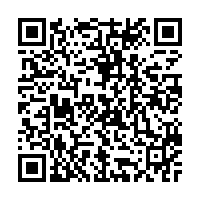