Muslim leaders in Dearborn, Michigan staged a City Hall protest against the Islamic State (ISIS) this week, but only 50 Muslims showed up. That works out to around .02 percent of the state’s estimated Muslim population.

ISIS members were labeled “crazy animals” by Imam Mohammed Elahi of the Islamic House of Wisdom in Dearborn Heights. “You’re a bunch of gangsters … you’re not Islam,” he said, adding that the terrorist group does not represent Islam.


Sunni and Shi’ite Muslim leaders participated in the rally sponsored by the Michigan Muslim Community Council.

“The beheading of James Foley … is a clear violation of the holy Quran and the teachings of Prophet Mohammed,” said Imam Mustapha Elturk, co-chairman of the Imams Council of the Council.

In two previous anti-ISIS rallies in Dearborn this summer, an estimated several hundred people showed up, not all of them Muslims.

In this week’s event, Steve Spreitzer, president and CEO of the Michigan Roundtable for Diversity and Inclusion attended. 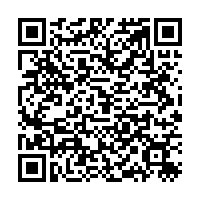