Thousands of mourners turned out Friday morning for the funeral of Lakewood, New Jersey yeshiva student Aaron Sofer whose body was found Thursday after seven days of searching since he was reported missing last Friday evening.

His parents said they were “overwhelmed” by the sad news, which also brought a certain relief from the week-long anxiety that was deepened by fears that Sofer, 23, had been kidnapped by terrorists.


The funeral began with eulogies in the Ezrat Torah neighborhood of Jerusalem, and Sofer is to be buried later in the day in Beit Shemesh.

His disappearance, after he and a hiking friend had separated in the hills of Jerusalem, brought out passionate pleas from New Jersey community and political leaders for the IDF and the Israel Security Agency (Shin Bet) to conduct massive search for Sofer.

Search and rescue workers found his partially decomposed body Thursday afternoon. Sofer did not have a cell phone, and if he was alive after he fell, the inability to communicate by phone may have left him doomed to death by dehydration.

“Ever since Aaron went missing, communities throughout the United States, Israel, and beyond gathered in worship on behalf of Aaron,” said New Jersey Democratic Senator Robert Menendez.

“During this period of mourning, I hope the Sofer family can be comforted with the knowledge that countless people, friends and strangers alike, prayed for Aaron’s well-being, and those acts of devotion will only continue,” he added. “It has become clear to me that everyone who knew Aaron saw tremendous promise in this young man who was committed to his family, his Jewish faith and his community of Lakewood.” 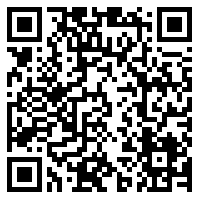