Nearly 90 Christian soldiers  from all over the country and from all IDF units came together earlier this week in Nazareth Illit for an event organized by the Israeli Christians Recruitment Forum. Although it has only been around for a little over a year, its impact has been astounding. Since its founding, the number of Christians enlisting in the IDF has doubled. According to the forum’s data, 84 Christian soldiers have enlisted since June 2013 alone. In previous years, that would be the amount to draft in an entire year and a half.

Prime Minister Benjamin Netanyahu addressed and thanked these outstanding soldiers in a special video message. “The purpose of this forum is clear: to engage Christians who serve in the IDF,” he said. “The importance of your actions goes without saying. I was pleased to hear that over the course of the past year, there has been a significant increase in the number of soldiers. I salute and support all of you.”


“I know that the mission is not always easy,” he added. “But we will be with you along the way. All of Israel is proud and thanks you.”

Father Gabriel Nadaf, a Greek Orthodox priest and president of the Forum, addressed the soldiers as well. “As a Christian spiritual teacher living in the Middle East, I understand that human rights are not something to be taken for granted. For that, I thank the Jewish people and the State of Israel,” he said. “I believe in cooperation between Jews and Christians and our shared fate in a Jewish country. I believe that we can contribute to Israel and I call on all Christians to join the army and  help us to protect this country.”

The founder of the forum, Major Ihab Shelian, who serves in the Israel Navy, was overwhelmed to see so many soldiers of the faith gathered together in one place for the first time, a crowd which included high-ranking officers as well. Certificates of appreciation were presented to all the soldiers.

Female Arab Soldier: ‘I Came to Serve My Country and My Home’

As a fighter on Israel’s southern border, she rose through the ranks to become a commander, teaching soldiers how to combat terrorism and other threats. Just over a month ago, she honorably completed three years of service – one more than the required number for Israeli women.

We had the chance to join Monaliza on the day of her release from the IDF. In this video, she speaks to us entirely in Arabic, explaining her commitment to serve the State of Israel and protect all of its citizens. “I keep the country of Israel safe, not only for the Jews but for the Arabs, too,” she says. “I came [to the IDF] to serve my country and my home.”

Leading the Way for Christian Soldiers in the IDF

One of the soldiers who received an award was Lieutenant Tanus Eid, the first Christian to be an officer of the Ordnance Corps. Lt. Eid sat down with us to talk about his experience.

IDF: What is your role in the army?

Lt. Eid: I prepare the IDF’s military gear such as weapons and tanks. I also oversee weapon repairs.

IDF: Why did you decide to volunteer in the IDF? 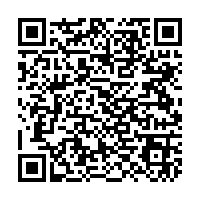