A forest fire that raged in northern Israel on Sunday in the northern Israeli city of Tzfat (Safed) has left a number of people homeless, and at least 15 homes as charred-out hulks. There were also fires in other areas of the country as well, including the Golan Heights, where IDF soldiers and UN peacekeeping forces were evacuated from their posts after a large brush fire broke out in their area.

But it didn’t stop there.


On Monday the fires continued with a forest fire raging towards Iksal, a northern Israeli local council about five kilometers southeast of Nazareth.

Just a little over a week ago, a fire broke out and raged for hours in central Israel, near an IDF military munitions storage facility. The cause of that fire, too, is not yet known, but it took six firefighting aircraft and 18 firefighting teams working together for hours to bring the flames under control.

Monday’s blaze kept firefighters busy for much of the day, working to stop the flames from heading towards the city of Nazareth Illit. Fire also spread towards the city of Tiberias, next to Lake Kinneret, known also as the Sea of Galilee. The blaze threatened to reach a nursing home, where officials ordered an evacuation to keep the aging residents safe.

Numerous families in Tzfat (Safed) are now homeless, with neighbors and community organizations working to gather resources to quickly get them back on their feet.

Nearly a dozen ground-based firefighting crews as well as four fire fighting aircraft worked to control the flames across northern Israel. Security personnel closed Route 553 to traffic moving eastward until the blaze was brought under control. Drivers were being asked to cooperate with traffic police on the road.

A fire was also reported in an open area in Samaria around midday, but those flames were quickly brought under control.

Officials are now looking into the cause of the rash of fires around the country. Last November, it was discovered that more than half of the brush fires and forest fires in a similar “rash” were started by Arab terror arsonists who had decided to take advantage of the hot, dry weather. 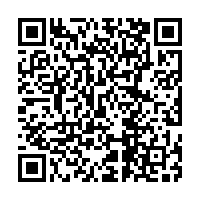