Afula, the “Capital of the Jezreel Valley” in northern Israel, is in turmoil over the Supreme Court’s Monday’s overruling of the Nazareth District Court’s decision a year ago and approving a tender for the construction of 45 housing units in Afula granted strictly to Arab residents.

Jewish residents have told Ma’ariv they refuse to live in a binational city, which, the claim Afula is becoming. The fact that the Arab newcomers have both the funds and the connections to start carving out for exclusively Arab dwelling entire swaths of the city’s real estate is both suspicious and discouraging. How long before Afula becomes inhospitable to Jews, they wonder, citing the examples of Karmiel and of Nazareth Illit, which began as a Jewish enclaves and have been rapidly losing their Jewish definition.


In late 2015, the Israel Lands Administration issued a tender for marketing 27 plots intended for the construction of 45 housing units in “Young Afula Slopes” in Upper Afula (the city is divided into the valley part and the Moreh Hill part).

When the auctions were unsealed, it turned out the winners were all Arabs, despite the fact that a large number of Jewish residents had participated. Those results aroused strong protests in the city, and soon turned into stormy demonstrations.

In April 2016, an Administrative Court judge in Nazareth ruled the tender should be disqualified because it was flawed in its formulation, and the bidders clearly participated in price-fixing.

Last Monday, a year and four months after that ruling, Supreme Court justices Yoram Danzinger, Menachem Mazuz and Anat Baron overturned that decision, ordering that the tender to remain in place as is, with the exception of disqualifying one group of Arab buyers named Mukary, where even the Supreme Court had to acknowledge their price-fixing.

At the headquarters of the struggle to preserve the Jewish character of Afula they say they’d like to study the ruling and then make a decision about what to do next. They stress that they have every intention to renew their public struggle.

“A myriad residents are shocked and trying to digest,” Itai Cohen, a social activist, told Ma’ariv, adding, “People plan to sell their homes in the vicinity [of the future Arab development].” He says he has no problem with the 500 or so Arab residents of Afula, “but there is no room for one concentrated neighborhood.” His, and others’ biggest fear is the construction of a mosque in the Jewish city that was founded in 1925.

In the Druze village of Mughar, where residents are just as fearful of Arab expansion as are their Jewish neighbors, some suspect that this is an organized land acquisition directed and funded from abroad. On Tuesday night, an emergency conference was held in the village, with hundreds of participants, including religious and political dignitaries, and there was general agreement to call for a ban on the sale of Druze land to Muslims:

“It turns out that this is a well-organized trend, and the State of Israel must wake up, and quickly,” one senior official of the Maghar municipality told Ma’ariv. “People here are loyal to the state and love it, but there were those who needed money and sold private land to individuals or to lawyers, to business people and to brokers. We are talking about agricultural land that has been thawed for construction without our knowledge. Gradually we discovered that about 60% of these lands were sold to Muslims from Umm al-Fahm, Araba, and Sakhnin (all Arab cities in Wadi Ara which connects Afula with the coast).”

“This is an organization affiliated with the Islamic movement,” he continued. “Soon we will cease to be a Druze village and will become an Arab village.” 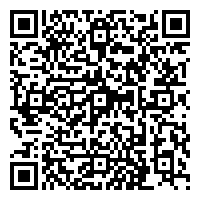