The response throughout the land was palpable: the air of hope and unity was punctured, replaced by raw anguish.

But by 2:00 the following morning, some Israeli women responded by taking action. Their action was not one of vigilantism, nor was it to raise their fists at the intractable enemy.

Yehudit Katsover and Nadia Matar, the indefatibable Women in Green, along with a group of supporters, went to a lovely little hill just off from the Gush Etzion Junction – the site of such despair – and began clearing the area.

Since July 1, Kassover and Matar have been joined by dozens and dozens of Israelis and of visitors. They are reclaiming a bit of land that has been set aside (the site has long had official approval for tourism development), and are developing it as a functioning and vibrant tourist site.

They also renamed the hill. Previously the site was known as Givat Oz (Hill of Strength). The new name incorporates the initials of the three boys who were kidnapped and murdered – Gilad, Eyal and Naftali – and the acronym created also happens to mean great wisdom. The site is now known as Givat Oz v’Gaon.

Nadia Matar, that steadfast soldier in the war to reclaim the land, spoke with The Jewish Press about the new site.

“This is a Zionist response of the Jewish people to the incomprehensible act of killing our boys,” Matar said. “Our enemies think they will scare us away with their acts of terrorism, but they are wrong. We cling to the land ever more strongly in response to their efforts.”

The area is being cleared by hand. People show up on a daily basis to help move the rocks, clean the lone remaining stone building, and set up picnic tables for meals and chairs for lectures and services.

“This will be a camping site,” Matar says. “This past weekend, the first of Givat Oz v’Gaon, we had already 70 or 80 people who brought tents to spend Shabbat here. The residents of the nearby kibbutz Migdal Oz came to join us for seudat shlishit (a meal before evening services) and swelled the crowd to between 200 and 300 people.”

The residents of Migdal Oz came by a road that connects the back of the kibbutz to the Gush Etzion junction. This is also significant, Matar explains, because for quite a long time the kibbutzniks did not use the road as there had been frequent attacks by Arabs from nearby towns.

“Now, with a strong Jewish presence between the kibbutz and the Gush junction, this road is also being ‘reclaimed’ as our response to terrorism,” Matar shared with a sense of satisfaction.

Ruthie Lieberman lives in nearby Alon Shvut. Her home was used by people who participated in the searches for the boys; she and her family lived through it with great intensity.

“The families got up from shiva yesterday,” Lieberman said. “And I found myself on this site today, helping to clear the land, to plant new trees – the ultimate act of positive Zionism.” 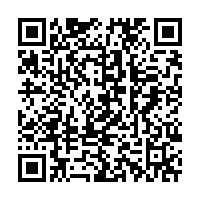