Despite humbly admitting to U.S. Secretary of State John Kerry that he is “not a psychic,” acting Palestinian Authority leader Mahmoud Abbas told the U.S. diplomat that “during this year and next year there won’t be any type of clashes.”

Abbas gave this astonishing reassurance to Kerry who, along with representatives of other donor nations, had expressed concerns about the ceasefire which ended this summer’s 50 day conflict between the Hamas-led Gaza Strip and Israel.


The concerns were raised in the context of donor aid pledged to rebuild areas of Gaza which suffered serious damage during the conflict.

The pledge made by Abbas was intended to assure the donors that their money would not simply go up in smoke during the next round of fighting triggered by Hamas rockets and terror tunnels into Israel.

“We told them we are responsible for the ceasefire,” Abbas told Arab businessmen at his headquarters in Ramallah, according to the Palestinian Arab Maan news site.

Really? The PA hasn’t even been capable of stopping Gazan violence against PA members, how will they stop Hamas from committing violence towards Israel?

Not only is Abbas promising to stop all violence towards Israel, he’s also promising his careful oversight regarding how and where the billions of dollars of aid money is spent.

“We informed the whole world that the government will take charge of the issue of aid and no one else,” Abbas added, “and it will send them to the correct addresses.”

Next we can expect Abbas to assure the donors that the money spent will be put in the ground and grow new money, which will be tended by tiny green men with radar antennas instead of ears. The donor nations, including the U.S., will dutifully report this back to their nations’ leaders in the hopes of persuading them to provide even more aid money.

Never mind that the Palestinian Authority is even less trustworthy than Hamas when it comes to honesty and financial integrity. 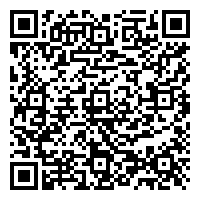