Back in May, JewishPress.com first reported that ISIS had begun crucifying their enemies. Looking back, before beheadings were apparently even part of the ISIS repertoire, that seemed brutal.

Fast forward just a few months, to now. ISIS has begun crucifying not just its enemies, but also its own fighters and people who break Sharia or ISIS laws, including the crime of usury (charging interest on loans), according to a report by the Syrian Observatory for Human Rights.


It’s not clear if ISIS is also beheading their victims in addition to publicly hanging them up on a cross.

Lebanon’s Daily Star reports that over the weekend ISIS crucified a man they accused of filming their headquarters. They claim he wanted to sell the video to make some money. The man was executed, though it is unclear if the execution was through beheading. His body was crucified for three days.

The truth is, ISIS is hardly alone in the beheading or crucifixion business. In 2014, Newsweek reports that US ally Saudi Arabia beheaded 59 people, and in special cases, the Saudis then crucified the victim too, leaving them hanging on a pole for days. More than half the Saudi executions were after this past Ramadan. 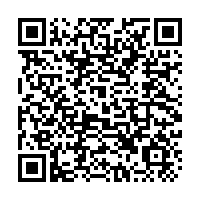