Palestinian Authority leader Mahmoud Abbas passed all of his exams at the private Al Istishari Hospital near Ramallah, according to hospital director Dr. Fathi Abu Mughli.

Abbas, 82, was at the hospital Saturday for a checkup that included blood tests and x-rays. He left after 90 minutes, according to the Associated Press.


But the medical tests for the PA leader were allegedly not quite “routine” with unconfirmed reports in Arab media claiming Abbas was suffering from “exhaustion.” He reportedly went to the hospital in Ramallah because it was quicker, and in order to avoid having to deal with Israeli security clearance for the trip to a Jordanian medical center.

A year ago, Abbas was taken to the hospital with chest pains and suffering exhaustion. He underwent an emergency heart procedure after a cardiac catheterization and other tests. 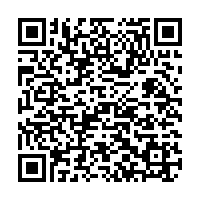