Palestinian Authority Chairman Mahmoud Abbas finished off his latest swipe at the United States Sunday by appointing a professor, who is a member of his Fatah party, to replace PA Prime Minister Salam Fayyad as prime minister of the PA.

Fayyad, trained in the United States as en economist, was hand-picked by the Bush administration to head Abbas’s government. Fayyad was widely considered as a success in trying to establish some form of normalcy in the corrupt and debt-ridden Palestinian Authority, but his independence and success were too much for Abbas, and Fayyad quit earlier this year.

His replacement, Prof Rami Hamdallah, suits Abbas just right. Hamdallah is not widely known and, unlike Fayyad who was a political outsider, is a loyal member of Abbas’ Fatah movement,

Hamdallah was educated in Britain and has headed the al-Najah University for the past 15 years.

The appointment rattled Hamas, which said that Abbas has no legal right to be in office let alone appoint a prime minister.

Abbas’ term of office ran bout four years ago after he was elected in the first and only presidential elections,  following the death of Yasser Arafat 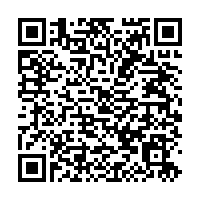