The Iranian Intelligence Ministry alleged on Sunday it has uncovered a Mossad-trained network of terrorists with links to the spy agency of an Arab state, plotting to sabotage Iran’s upcoming election.

“The ringleader of this group was recruited by the spy agency of one of the most dependent and reactionary Arab countries in the region,” the ministry said in a statement reported by the state-controlled Press TV and Fars News Agency.


Two months ago, the Iranian Intelligence Ministry claimed it caught two terrorist groups that smuggled weapons into the country and were plotting to disturb the June election.

Iran previously has arrested, tried and convicted Mossad agents, but there have been far more “exposés” than trials.

The latest supposed spying could be true, just like Iranian claims that it has a cure for cancer and has a generic medicine to treat Muscular Sclerosis, but in any event, the reported bust of the latest spy ring makes for good reading.

“The prime suspect in the case … was assigned the mission to set up an operational group to carry out acts of terror in the country… on Election Day (June 14). A 12-member group was formed upon this order with the purpose of sabotage,” the statement read.

The supposed spy terrorist network aimed to create strife among the country’s voters and  assassinate prominent religious and ethnics leaders.

Authorities said they confiscated light weapons, including colt pistols and Tommy guns from the group.

Fars added, “After receiving the needed intelligence and military training in Israel, the head of the terrorist cell has received a list of actions from Mossad officers to conduct espionage and terrorist activities in Iran, the statement said.

“It further said that the prime suspect had later formed a 12-member team to conduct sabotage and terrorist activities in Iran, specially during the upcoming election day on June 14.”

Yes, it could be true.

But last week, Iran’s security forces said they arrested several terrorists led by Mojahedin-e Khalq Organization (MKO, also known as the MEK), who planned to sabotage the election in Iran.

It seems like the Iranian security network is working overtime.

It may be that its propaganda machine is doing the same. 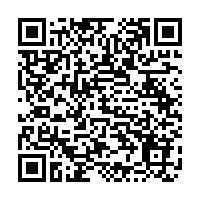