According to Tezyapar, Oktar’s references to Zionism in the video are not subtitled correctly.


“I assume that Al Jazeera might have edited and translated them in a way that is coherent to its own ideology,” she notes, saying that “if you will listen to the Turkish original uncut film which was recorded and broadcast on Harun Yahya (Oktar’s literary pseudonym) websites,” he does not object to Zionism. He merely entertains the idea that had Zionism been an expansionist ideology, Oktar would have resisted it. But the Arabic voice over translation depicts him as actually objecting to Zionism.

In her letter to MEMRI, Tezyapar provides the original Turkish transcript, and the following English translation:

ADNAN OKTAR: Zionism is the same, of course. If there is an ideology that aims to rule the world, that rejects other religions, that claims the dominion of a single religion and rejects other people and tries to impose its ideology on them, I will of course fight it. But if somebody does not espouse such ideas, then there is nothing I can say. The Jews are a People of the Book. If they want to practice their own religion, if they want to live in their own country, they should stay and live freely in their own country. I respect that, but, if they say “This is not enough for me. I am going to rule the whole world and will destroy all other religions, so that only I survive”, that I cannot accept.

Tezyapar then requests that the service edit the clip accordingly, or remove it altogether, since it is misleading.

She offers “many links where Mr. Adnan Oktar advocates the rights of Jews to dwell in the Holy Land, to have their own sovereign state.” 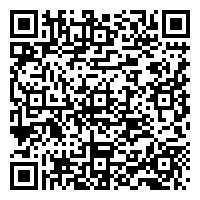