The Anti-Defamation League (ADL) has sent an open letter to U.S. Secretary of State John Kerry criticizing him for his threat that Israel faces boycotts if the American-backed peace talks with the Palestinian Authority do not succeed.


Foxman’s open criticism of Kerry may be serve as a warning to the Obama that is has gone too far in pushing its agenda for a peace agreement at all costs to Israel. The ADL previously has stood up for Israel on such issues as dividing Jerusalem, but it is considered a centrist or even center-left group, far from the camp of the AIPAC lobby.

“In speaking about the price Israel will pay if the peace talks break down and Israel is blamed, you may have thought you were merely describing reality. But as the key player in the process, the impact of your comments was to create a reality of its own,” Foxman wrote.

“What is particularly troubling about your comments is the absence of similar tough talk about the consequences for Palestinians should the talks fail. We make this comment not in search of some theoretical balance. Rather, its absence suggests a historical amnesia about why there has been no peace and no solution all these years. Israel always must be willing to compromise for peace and at different times it is not unreasonable to ask Israel to do more”

Foxman told Kerry that the real core issue “remains Palestinian unwillingness to accept Israel’s legitimacy and permanence as a Jewish state. That is why the Palestinians rejected the 1947 partition, that is why they rejected recognizing Israel after the 1967 war, and that is why Israeli offers at Camp David in 2000 and Annapolis in 2008 were rejected or allowed to go unanswered.” 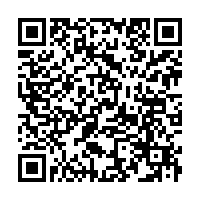