(JNi.media) A seemingly compassionate statement posted on Facebook by Republican presidential hopeful Dr. Ben Carson after his visit, along with his wife, Candy, to a refugee camp in Jordan where Syrian civilians have sought shelter, reiterated the broad Republican position against letting any of them into the US.

“Amman, Jordan – Just over two months ago I began planning a trip over the Thanksgiving Weekend to visit with Syrian Refugees, Jordanian Government Officials, and NGO’s. I wanted to come to see with my own eyes this great human tragedy.

“Today I listened to the life struggles of many Syrians who were forced to flee their own homes. I met with medical professionals, humanitarian workers, and government officials. I saw pain on the faces of mothers and children.

“They came to Jordan for safety. Jordan is doing an amazing job opening its doors and extending a hand in relief. The rest of the world could be doing so much more.

“These brave people want nothing more than an end to the war in Syria. They want to go back to their lives. We must find a political end to this conflict.

“Millions of refugees have now been waiting years for the end of the war to come in Jordan, Lebanon and Turkey. Some are giving up hope that they will ever be able to return to their country. We must keep their hope alive. Until it is safe for them to return home, Jordan is a safe place for them to wait. The kingdom has welcomed them with open arms. But Jordan is a small country. They need the world’s help to feed, educate, and care for these refugees until the war ends.

“The United States must do more. We can do our part to help this crisis without bringing 10-25,000 refugees to the United States. Jordan already houses 1.4 million refugees. Jordan needs and deserves our logistical help and financial support.

“In the coming days I will offer what I believe are real solutions to the problems created in part by the Obama-Clinton Administration’s failed policies.”

The Carson approach, acknowledging the refugees’ suffering, respecting their human dignity and refusing them entry may end up being a potent tool for Republican governors as well, as they attempt to resist the White House’s efforts to distribute several thousand asylum seekers around their states. Judging by his statements, the GOP plans to demand that Jordan’s wealthy Arab neighbors lend a hand and a few shoulders, rather than send the suffering overseas.

According to reports, Carson told reporters the Syrians have a reputation as very hardworking, determined people, which should only enhance the overall economic health of the neighboring Arab countries that accept and integrate them into the general population.” 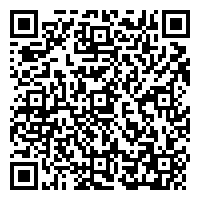