Thousands of non-Jews from across Europe and Eastern Europe saved Jewish lives from the horrors of the Holocaust, placing their lives and the lives of their families at risk. Over 25,000 known non-Jews have been recognized by Yad Vashem as “Righteous Among the Nations” including Christians and Muslims.

Today many of these rescuers are aging and living in poverty. The Jewish Foundation for the Righteous (JFR) founded by American Rabbi Harold Schulweis in 1986 is one non-profit organization that seeks to repay the debt of gratitude by providing financial support to those non-Jewish rescuers in need.


JFR provides on-going monthly financial assistance to 654 rescuers in 22 countries to pay for food, housing and medical expenses. The rescuers are often reluctant to ask for help, having acted without expecting a reward then or now according to the organization’s website. One of those recipients is Czeslaw Polziec, whose family took in a Jewish family and hid them for two years on their farm in Zawadka, Poland. This past Chanukah, JFR reunited Czeslaw Polziec with a member of the Jewish family that his parents rescued, Dr. Leon Gersten of Cedarhurst, New York.

Leon Gersten grew up in the Jewish shtetl of Frysztak, Poland. His mother, Frieda Tepper Gersten was a peddler who traveled throughout southern Poland to support her family. Her parents, Yitzchak and Necha Tepper raised Leon.

Gersten recalls how on Rosh Hashana in 1939, all the Jews of his community were praying in the shtetl synagogue, when the Germans surrounded the building and started shooting. “We all laid down on the floor and started praying Shema Yisrael. After killing a few Jews, they let us out – that was our first introduction to the Germans,” remembers Gersten.

“It’s one thing to kill a few people, it’s another to kill everybody, where every Jewish soul, every baby was on the most wanted list,” says Gersten.

On July 1942, the Germans ordered all of Frysztak’s Jews to gather in the animal marketplace. Around 1,600 Jews were rounded up- mostly elderly and children – and taken outside of town, where they were killed and buried in a mass grave. Leon’s grandparents, Yitzchak and Necha, were among those murdered.

After the mass killing, Leon’ s mother, Frieda, went out to the countryside dressed up as a Polish Catholic woman to try and find someone to take in her family. She went to Polish families who had purchased goods from her, and although a number of homes turned her away, one couple, Maria and Stanislaw Polziec agreed to provide shelter for her family. Maria, a seamstress, and Staninslaw, a farmer, had five children and barely enough food for their own family, but they were willing to house the five desperate Jews.

For more than two years, Leon Gersten, his mother, Frieda, her sister and brother-in-law, Celia and Herman Wiesenfeld and their son Moshe, were kept hidden from the Nazi occupiers in the Polziecs’ attic.

The Polziecs also built an underground earthen bunker that they covered with a grain storage bin in case of a raid. One night, recalls Leon, German soldiers raided the farm. “We were very organized and ran down to the bunker but the German soldiers heard us. They suspected the Polziecs of hiding Jews and proceeded to beat Stanislaw who tried to tell them it was his children sleeping in the attic that had run down scared.”

“We could hear Stanislaw screaming and the cries from the Polziec family but not one of them said a word about us,” recalls Gersten. “There was one goal and that was to keep Frieda and her family safe until the Soviet Army arrived,” said Czeslaw, who was the oldest son in the family and responsible for bringing the Gerstens food and standing guard. 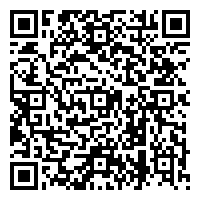