The Palestinian Policy Network Al-Shabaka is a think tank, launched in April 2010, dedicated to the principles of self-determination, freedom, justice, and equality. Al Shabaka is home to many Palestinian academics and activists, many of whom are carrying out the struggle from their lonely exile in London and California. Their members include the leader of the Boycott, Divestment and Sanctions movement Omar Barghouti, Electronic Intifada founder Ali Abunimah, Anis Kassim, and Ameer Makhoul who has been sentenced to nine years in prison for spying for Hezbollah.

Their most recent publication, The Palestinian Capitalists That Have Gone Too Far, is a finger-pointer that, basically, accuses Palestinian businessmen who made money on their ventures with Israeli corporations are to blame for all the woes of the Palestinians alongside Israel, which id, of course, responsible for everything that’s gone’ wrong on the planet at large.

The Al-Shabaka gripe, summarized, is that “while most Palestinians living under Israeli occupation are struggling to survive, a powerful group of Palestinian capitalists are thriving and growing in political, economic and social influence, and deal with Israelis as a ‘normal’ business partner rather than an occupying power.”

For a bunch of economists and social service folks, these guys are as religiously fanatical as any imam in a mosque on any given Friday morning.

One of the specific complaints in the report is that “monopolies are selectively granted to Palestinian capitalists that enjoy special proximity to Israeli companies, who grant them privileges in return. The impact on Palestinian economy is devastating.”

In other words, Israeli business chooses to invest in those Palestinians who are willing to work with them rather than against them. The ties between the Israeli and Palestinian economies, which were first a source of prosperity for the latter, turned out to be a double-edged sword, as the linked book offered by the report: The Peace Business – Money and power in the Palestine-Israel conflict, by Markus E. Boullon, argues.

What happened was that once the Palestinian hordes started the second uprising (aka intifada), and the roads became unsafe and Israelis daring to enter Palestinian cities were murdered in broad day light, those Israeli businesses stopped investing across the green line.

Or, as the report puts it: “The political and social influences of Palestinian capitalists complicit in normalization projects are a structural obstacle to the anti-colonial struggle.” Same thing…

Another pamphlet issued by Al-Shabaka, Can Oslo’s Failed Aid Model Be Laid to Rest? states:

“An Investment in Peace is a neoliberal policy plan which parallels other programs developed by international financial institutions for the developing world in the 1990s. Based on elements of the conventional wisdom of the Washington and Post-Washington Consensus, it ignored the fact that the Palestinian territories were under a longstanding military occupation, which gave neoliberalism in the OPT its own particularity and flavor.”

This means that the investments made life easier on the Arabs in the PA and Gaza, and so they were less inclined to kill Jews. In fact, they state it outright:

“The philosophical rationale for the World Bank plan was to improve Palestinians’ standard of living and encourage them to participate in the peace process by cashing in on peace dividends. This rationale remains the same today: invest more money to make Palestinians feel better economically to make it easier for them to compromise politically.”

What monsters those World Bank people are. They give people money in exchange for their willingness to accept a few Jews among them. How would the Palestinians fight for their independence if they enjoy more money, roads, schools, clinics, a sewer system—al of which they had under Israel’s cruel occupation, but are all gone now because of corrupt Palestinian governments who did nothing to maintain, never mind improve their own infrastructure. 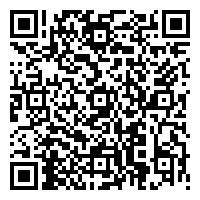