Newly released from prison in Cuba, Alan Gross thanked his wife, his lawyer, the Jewish community, President Obama and numerous others in helping secure his freedom.

Speaking at a news conference Wednesday in Washington, Gross opened his statement with a Hanukkah greeting and a thank you to the president.


“Chag sameach,” he said. “What a blessing to be a citizen of the United States of America. Thank you President Obama for everything you have done today.”

He credited the advocacy by his wife of 44 years, Judy Gross, and his lawyer, Scott Gilbert, for getting him out of prison. He also thanked the Jewish community.

“To the Washington Jewish community, Ron Halber in particular and his staff at the Jewish Community Relations Council, all of the executive directors, staff and volunteers of participating JCRCs, federations, synagogues, schools, and other Jewish, Christian and Muslim organizations nationwide, God bless you and thank you,” Gross said. “It was crucial to my survival knowing that I was not forgotten. Your prayers and actions have been comforting, reassuring, and sustaining.”

In a deal that American officials said was technically separate from Gross’ release, the United States and Cuba agreed to exchange the three remaining incarcerated members of the “Cuban Five,” a Florida-based spy ring, for an American spy held in Cuba for 20 years and whose identity remains a secret.

It came, too, as the United States and Cuba agreed to re-establish full diplomatic ties that were severed in early 1961.

Gross, a Jewish-American who had been in detention in Cuba for five years of a 15-year term for crimes against the state, originally went to the island nation to do contract work for the U.S. government and help connect Cuban Jews to the outside world.

He suffered health problems during his imprisonment, and in his statement referenced his significant weight loss and the loss of some teeth.

“Ultimately, the decision to arrange for and secure my release was made in the Oval Office. To President Obama and the NSC staff, thank you,” Gross said. “A judicious lesson that I have learned from this experience is that freedom is not free.”

Gross expressed fondness for the Cuban people, saying they were not responsible for his ordeal and that he is pained “to see them treated so unjustly as one consequence of two governments’ mutually belligerent policies.”

He hailed Obama’s announcement that Havana and Washington now would resume diplomatic relations. 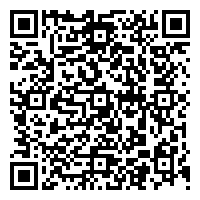